Identify intercepts, zeros, maxima, minima and intervals of increase and decrease from the graph of a function.

Understand the concept of an asymptote and identify asymptotes for exponential functions and reciprocals of linear functions, using symbolic and graphical methods.

The concept of function is one of the most important ideas in school mathematics. Functions are a way to study the relationship among two or more variables and organize the world. The definition of a mathematical function developed over a thousand years. The beginning focus was on the covariation of two variables. Studying how two variables change together constitutes much of the middle and secondary curriculum. As the definition of function evolved the "exactly one" feature of the function gained importance. This feature is highlighted when students are asked to distinguish between relations that are functions and those that are not.

Students explain that the number of toothpicks is the figure number multiplied by five.

. They also can see this relationship graphically as a line passing through the origin. At the end of middle school, students are able to distinguish between linear functions and functions that are not linear by inspecting the function represented by a table, graph, equation, or a real-world situation.

Functions are tools that people use to model relationships between two variables. In middle school students use linear functions to model real-world situations. The function w(t) = 1.5t + 7 could represent to weights of baby girls when they are t months old. Students learn how special features of the function relate to the real-world situation. The y-intercept represents the weight of the baby girl at birth, while the slope represents the number of pounds that the baby gains each month. In addition, the domain of the function is determined by the constraints of the real-world setting. Theoretically, the domain of any linear function could be the set of real numbers, but practically the function does not really make sense for values of t that are less than 0 months or larger than 6 months.

In high school students are expected to identify theoretical and practical domains for a variety of functions. In particular, students in secondary school will focus on the special features of quadratic, exponential, and reciprocals of linear functions. These special features provide insights into the real-world situation being modeled. The vertex of a quadratic function could be used to find the maximum or minimum value of the dependent variable while the asymptote of an exponential function could be used to describe the long-term behavior of a situation. Students in high school need to make connections among equations, graphs, tables, and real-world situations of a variety of functions at the high school level. Each representation provides insights into how student make sense of these functions.

Once students are able to identify important features of a variety of functions then they move to seeing how functions can be transformed. Initially students see graphs of functions as a collection of individual points and then move to seeing the graph as an object itself made up of an infinite number of points. Students initially graph functions like f(x) = (x + 3)2 and g(x) = x + 2 by calculating points to put in a table, then using these points to create a graph. The more points they create the better the graph looks. They then learn to identify the intercepts and, if applicable, the vertex. This process reinforces the notion of a graph as a collection of a finite set of points. Eventually students are asked to combine functions to create new functions (i.e. find h(x) = f(x) + g(x) or k(x) = g(f(x))). These operations and compositions of functions force students to think of the functions themselves as objects. Students need to view the graphs of functions as objects when they are asked to explain how the graph of a function f(x) compares with the graph of the function m(x) where m(x) = f(x) + 5 or the graph of p(x) where p(x) = f(x + 7). Students at the high school level need to see that a vertical translation is the sum of the original function, and a constant function and a horizontal translation is a composition of the original function with a linear function that has a slope of one; i.e., the graph of the function w(x - 11) is a horizontal translation of the graph of w(x) 11 units to the right.

In high school students gain experience distinguishing among different types of functions and sort them into families. Students learn to identify key features of each type using graphs, tables, equations, and real-world situations. The students then begin to perform operations using the functions themselves as inputs. The results of these operations allow students to create new types of functions that can be used to solve new problems.

9.2.1.1
Understand the definition of a function. Use functional notation and evaluate a function at a given point in its domain.

9.2.1.2
Distinguish between functions and other relations defined symbolically, graphically or in tabular form.

9.2.1.3
Find the domain of a function defined symbolically, graphically or in a real-world context.

9.2.1.4
Obtain information and draw conclusions from graphs of functions and other relations.

9.2.1.5
Identify the vertex, line of symmetry and intercepts of the parabola corresponding to a quadratic function, using symbolic and graphical methods, when the function is expressed in the form f(x) = ax2 + bx + c, in the form f(x) = a( x - h)2 + k , or in factored form.

9.2.1.6
Identify intercepts, zeros, maxima, minima and intervals of increase and decrease from the graph of a function.

9.2.1.7
Understand the concept of an asymptote and identify asymptotes for exponential functions and reciprocals of linear functions, using symbolic and graphical methods.

9.2.1.8
Make qualitative statements about the rate of change of a function, based on its graph or table of values.

9.2.1.9
Determine how translations affect the symbolic and graphical forms of a function. Know how to use graphing technology to examine translations.

9.2.1.5
Identify the vertex, line of symmetry and intercepts of the parabola corresponding to a quadratic function, using symbolic and graphical methods, when the function is expressed in the form f(x) = ax2 + bx + c, in the form f(x) = a( x - h)2 + k , or in factored form.

9.2.1.6
Identify intercepts, zeros, maxima, minima and intervals of increase and decrease from the graph of a function.

9.2.1.7
Understand the concept of an asymptote and identify asymptotes for exponential functions and reciprocals of linear functions, using symbolic and graphical methods.

(p.296, PSSM) Instructional programs from Pre-K through grade 12 should enable all students to:

1.  Understand patterns, relations, and functions.  In grades 9-12 all students should

2.  Represent and analyze mathematical situations and structures using algebraic symbols. In grades 9-12 all students should

3.  Use mathematical models to represent and understand quantitative relationships. In grades 9-12 all students should

4.  Analyze change in various contexts. In grades 9-12 all students should

F-IF.4. For a function that models a relationship between two quantities, interpret key features of graphs and tables in terms of the quantities, and sketch graphs showing key features given a verbal description of the relationship. Key features include: intercepts; intervals where the function is increasing, decreasing, positive, or negative; relative maximums and minimums; symmetries; end behavior; and periodicity.★

F-IF.5. Relate the domain of a function to its graph and, where applicable, to the quantitative relationship it describes. For example, if the function h(n) gives the number of person-hours it takes to assemble n engines in a factory, then the positive integers would be an appropriate domain for the function.★

F-IF.6. Calculate and interpret the average rate of change of a function (presented symbolically or as a table) over a specified interval. Estimate the rate of change from a graph.★

F-IF.8. Write a function defined by an expression in different but equivalent forms to reveal and explain different properties of the function.

a.  Use the process of factoring and completing the square in a quadratic function to show zeros, extreme values, and symmetry of the graph, and interpret these in terms of a context.
b.  Use the properties of exponents to interpret expressions for exponential functions. For example, identify percent rate of change in functions such as $y=(1.02)^{t}$, $y=(0.97)^{t}$, $y=(1.01)^{12t}$, $y=(1.2)^{\frac{t}{10}}$, and classify them as representing exponential growth or decay.

F-BF.1. Write a function that describes a relationship between two quantities.★

a.  Determine an explicit expression, a recursive process, or steps for calculation from a context.
b.  Combine standard function types using arithmetic operations. For example, build a function that models the temperature of a cooling body by adding a constant function to a decaying exponential, and relate these functions to the model.

F-LE.1. Distinguish between situations that can be modeled with linear functions and with exponential functions.

F-LE.2. Construct linear and exponential functions, including arithmetic and geometric sequences, given a graph, a description of a relationship, or two input-output pairs (include reading these from a table).

F-LE.5. Interpret the parameters in a linear or exponential function in terms of a context. 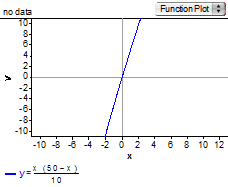 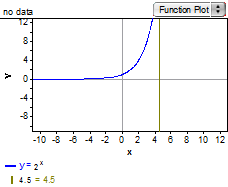 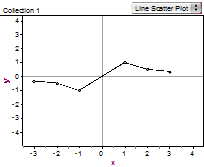 Most functions can be written in different forms. Each form typically allows different insights into the behavior of the functions. For example, the cubic function f(x) = -3(x + 2)(x - 3)(x - 5) written in factored form makes it easy to identify the zeros and end-term behavior while the standard form of the same function f(x) = -3x3 + 18x2 + 3x -90 makes it easy to identify the function type and the

-intercept. Quadratic functions have many forms, each having features that provide insights into the behavior of the function. The following activity is designed for students who are able to graph quadratics functions by selecting points, making a table, and plotting the points.

Pairs of students are provided with a sheet of equations and are asked to sort the equations in any way that makes sense to them. The intention of this sorting is to allow students to determine what the differences and commonalities among the equations are and decide what is important. The teacher should walk around and ask the students to explain their sorting criteria. The sample equations are shown below.

The sorting criteria developed by the students are then discussed as a whole class. The teacher should try to use the students' vocabulary to come up with classifications.

The students will then be provided with the graphs of these functions and are asked to match the graphs with the equations. The teacher walks around and checks to see how the students are deciding to make the matches. The teacher should try to reinforce the vocabulary y-intercept, x-intercept, and vertex as he or she interacts with students. After students have had some time to make an initial matching they are asked to use a graphing utility to check their answers. The lesson closes with the class discussing the names for each form of a quadratic function and the features that each form highlights in the graph. Sorting activities like this allow students to make and test conjectures about the equations they see rather than memorizing what the teacher tells them. Mathematics classrooms should encourage the making and testing of conjectures a common practice by students and the sorting activity described above illustrates this feature.

Resources for teachers of English Language Learners in Math:

9.2.1A Functions & Other Relations