Natural and designed systems are made up of components that act within a system and interact with other systems.
Grade:
9-12
Subject: Science
Strand: Nature of Science & Engineering
Substrand: Interactions Among Science, Technology, Engineering, Mathematics, and Society
Benchmark: 9.1.3.1.1 System Relationships

Describe a system, including specifications of boundaries and subsystems, relationships to other systems, and identification of inputs and expected outputs.

For example: A power plant or ecosystem.

Identify properties of a system that are different from those of its parts but appear because of the interaction of those parts.

Describe how positive and/or negative feedback occur in systems.

For example: The greenhouse effect.

Systems, whether biological, mechanical or chemical are made up of parts that act independently and in conjunction with other parts.   Students are asked to describe a system, identify its properties, parts and their interactions and finally describe how the  feedback of the outcome works in the system.

9.1.3.1.1.  Describe a system, including specifications of boundaries and subsystems, relationships to other systems, and identification of inputs and expected outputs.

9.1.3.1.2  Identify properties of a system that are different from those of its parts but appear because of the interaction of those parts.

9.1.3.1.3  Describe how positive and/or negative feedback occur in systems.

A quote, cartoon or video clip link directly related to the standard. 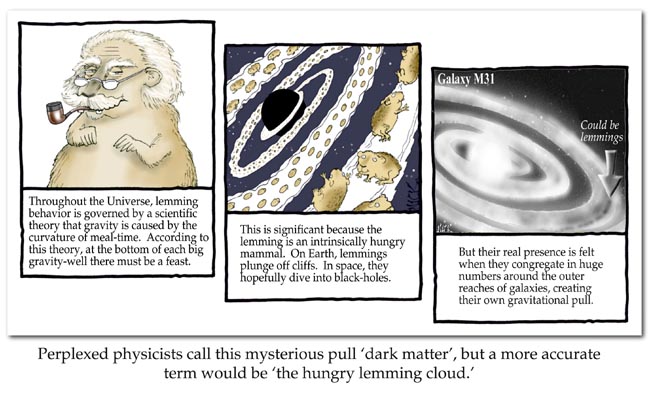 Understanding about science and technology

A system usually has some properties that are different from those of its parts, but appear because of the interaction of those parts. 11A/H1

Understanding how things work and designing solutions to problems of almost any kind can be facilitated by systems analysis. In defining a system, it is important to specify its boundaries and subsystems, indicate its relation to other systems, and identify what its input and output are expected to be. 11A/H2

The successful operation of a designed system often involves feedback. Such feedback can be used to encourage what is going on in a system, discourage it, or reduce its discrepancy from some desired value. The stability of a system can be greater when it includes appropriate feedback mechanisms. 11A/H3*

Even in some very simple systems, it may not always be possible to predict accurately the result of changing some part or connection. 11A/H4

Systems may be so closely related that there is no way to draw boundaries that separate all parts of one from all parts of the other. 11A/H5** (SFAA)

Complex systems have layers of controls. Some controls operate particular parts of the system and some control other controls. Even fully automatic systems require human control at some point. 3B/H3

The more parts and connections a system has, the more ways it can go wrong. Complex systems usually have components to detect, back up, bypass, or compensate for minor failures.  3B/H5

To reduce the chance of system failure, performance testing is often conducted using small-scale models, computer simulations, analogous systems, or just the parts of the system thought to be least reliable. 3B/H6

Reading standards for Literacy in Science and Technical Subjects

Grade 9-10  8   Assess the extent to which the reasoning and evidence in a text support the author's claim or a recommendation for solving a scientific or technical problem.

Writing standards for Literacy in Science and Technical Subjects

Use words, phrases and clauses to link the major sections. . . . .

Establish and maintain a formal style and objective tone . . .

Provide a concluding statement or section that follows from or supports the argument presented.

Many possible connections are available.   One particularly obvious one is to tie this to social studies concepts including economics and politics.

Students tend to think of the independent components of a system as "stand alones'.   They do not understand the the components may behave different and have a different effect when combined and working with other components.

From Benchmarks - on line

9.1.3.1.2  The students are ready to go outside.  It's a fine day in the fall, the sun is shining and a bus is waiting in the parking lot.  The class is going to visit a small man-made lake in a park just a few miles up the road.  Students have been to lake on their own in the past and have noted some disturbing factors about the lake.  The most obvious is that it is "very green" and several people have drowned there.  What can be the problem?  Students throw out their ideas as to the condition of the lake. The ideas range from the probable to the absurd. Is the lake poisoned?   Does a monster live at the bottom?  Yesterday students made a list of all of the things that they could safely explore:

Students decided that they could test the chemical content of the lake including nitrogen, phosphorous, dissolved oxygen and pH.   They could categorize and quantify the type of invertebrates that are present using collection techniques and determining the health of the bio-indicators.  They could look at the land around the lake and under the lake using maps and measurements.  They could also determine the geology and history of the land.

The students divide into research groups and conduct their part of the research.  They then return to the classroom with their data and samples.  On day two they arrive in the classroom eager to analyze their results.  The macro-invertebrates are sorted and counted.  The chemical analysis is done on the water samples (or the results are reviewed from the day before).

As a group students consolidate the results and the information they received.   In this case the lake has a high level of nitrogen and phosphorous.   The dissolved oxygen content is relatively low and the visibility is very poor.   Bio indicators include red-worms and no mayfly larva are visible.   The land around the lake is a parkland with a very lush green lawn and the lake itself is relatively shallow (42 feet) but had previously been a gravel pit and is not a natural lake.

Using all of the accumulated data, the students determine that the most probably explanation is "eutrophication".  The next question:   How to test the hypothesis?  This is the jumping off point for a variety of interesting inquiry based experimental procedures (see the engineering standard  9.1.1.2.1)

This is an exceptional example of a biological system augmented by humans with feedback and repercussions in the chemistry and consequently biology of the system.

A variety of laboratory experiments can be employed in which algae and/or other biological are used to remove nitrates and/or other pollutants such as oil from water samples.  This provides a good opportunity for inquiry as students can vary the biological organism and the pollutant.   This process can then be applied to water sanitation systems in which bioremediation by protozoa is used to remove pollutants.   It also emphasizes the importance of wetlands in which algae and plants remove nitrates and phosphates from water supplies.  Students can look at the feedback inherent in this system.    In rich nitrogen the algae will grow producing oxygen.   As the algae gets to thick it blocks out the sunlight and the algae dies and does respiration as it decomposes which uses up the oxygen.

Students analyze the properties of a chemical cell and it's use as a battery.   They analyze the intricacies of the different parts and how they work together to power a light bulb.  They may even design their own system.

Students design and build a bicycle (real size or model) which works because the parts work with each other rather than separately.

Students explore the processes involved in Global Warming.  They create   "greenhouses" using different types of barriers and determine the heat capacity of the greenhouse.   They identify both the positive and negative forces involved in the system.   Example:  Increase in wavelength, decrease in air temperature within.

This particular kit from Biorad (p glo) uses a process of bacterial  transformation in which an engineered plasmid is inserted into a  bacteria in order to change and/or modify the phenotype of the bacteria.  In this case the bacteria become ampicillin resistant and in the presence of sugar phosphoresence with an enzyme from a jellyfish. This process is also used in a variety of industrial produces including insulin production.  In a very similar situation an enzyme is inserted into corn embryos in order to render them safe from bole weavils  (BT gene).  There are many other examples.  In some of these examples, the gene has been deemed to be wholly beneficial.   In others, like the BT gene, a side effect of the transformation was that corn pollen no became poisonous to monarch butterfly larvae.  Students explore the system and how the genes work together in the identification of the transformed bacteria.

Students explore the anatomy and physiology of the immune system (see 9.4.4.2).   They identify the many parts and then identify the feedback mechanisms inherent in the systems.   Examples may include antibodies produced by B cells which activate macrophages and induce destruction of antigen as a positive feedback.   A negative feedback system may include HLA antigens which prohibit antibody production by B cells.

Students often have difficulty looking at an entire system verses its individual parts.   Emphasize how the parts work with and influence each other.   Focus on the "big picture"

Laboratory materials for exploration such as stethoscope

1.  Define a small system and describe the individual parts.

2.  If you were to build a bicycle, what type of tire would you choose.    Would it be important to take the other wheels into consideration?

Schools are a system.    Identify a positive and a negative feedback mechanism in a classroom of your choice.

1.   What is the difference between a positive and a negative feedback in a system.   Give an example of each.

ANSWER:   A positive feedback system increases the activity of the system.   A negative  feedback inhibits it.

3.  Describe your school system.   What are the parts and how do they work as a whole.   Can you identify positive and negative feedback mechanisms.

Administrators may see students dissecting a system whether this be taking apart a bicycle, a TV set or a frog.   The students identify the individual parts, their properties as individuals and  then their influence and function in the system as a whole.

It is important to keep the discussion from becoming too complex too fast.   These students may give up more easily when faced with confusing situations.

Language nuances may be difficult for everyone but especially for students who do not always have a strong basis in the use of English Language nuances.  Concrete examples and diagrams will be especially valuable.

Gifted students may find extensions in analyzing a system, be it a lake, a fetal pig, global warming or a machine.    They may build models of the system and then determine the effects to the system as they change some of the parts either actually or abstractly.

Students can explore global systems based on their knowledge of different cultural situations.

These concepts may be very abstract for some special education students.   It will help to apply the concepts to everyday situations such as friendships or schools.   The basic concepts can then be used as analogies for scientific concepts.

Parents can look for systems at home and discuss the parts with their students.    These may involve a system devised for home chores, the construction of the vacuum cleaner and/or the extended family and the system involved in getting thanksgiving dinner on the table.