Science is a way of knowing about the natural world and is characterized by empirical criteria, logical argument and skeptical review.
Grade:
7
Subject: Science
Strand: Nature of Science & Engineering
Substrand: The Practice of Science
Benchmark: 7.1.1.1.1 Bias in Investigations

Understand that prior expectations can create bias when conducting scientific investigations.

For example: Students often continue to think that air is not matter, even though they have contrary evidence from investigations.

Understand that when similar investigations give different results, the challenge is to judge whether the differences are significant, and if further studies are required.

For example: Use mean and range to analyze the reliability of experimental results.

Science is a way of knowing the world around us that is different from other disciplines.  It uses measurements and facts to build knowledge.

Science uses observations and evidence to create lines of reasoning to explain the natural world and how things work. It is a way of thinking and looking at the world. Students, in science class need to look at the world through "scientific eyes". Students often come to class with misconceptions. The science classroom address these issues by engaging students in investigations, data analysis and careful consideration of results.  Students see that bias created by misunderstanding can influence investigations. Scientific reasoning and process leads students to distinguishing the difference between data that is reliable and data that is not reliable. 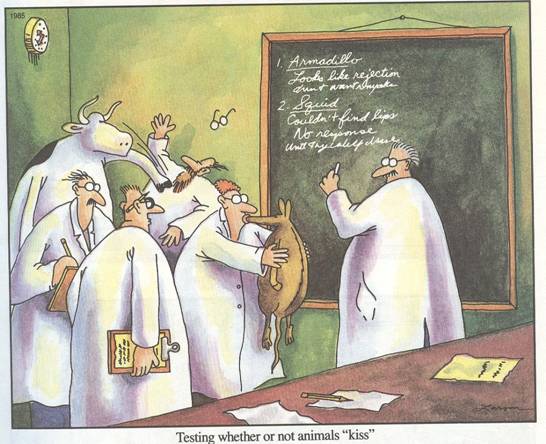 History and Nature of Science

As a result of activities in grade 7, all students should develop understanding of

At this level, students need to become more systematic and sophisticated in conducting their investigations, some of which may last for weeks or more. That means closing in on an understanding of what constitutes a good experiment. The concept of controlling variables is straightforward but achieving it in practice is difficult. Students can make some headway, however, by participating in enough experimental investigations (not to the exclusion, of course, of other kinds of investigations) and explicitly discussing how explanation relates to experimental design.

Student investigations ought to constitute a significant part-but only a part-of the total science experience. Systematic learning of science concepts must also have a place in the curriculum, for it is not possible for students to discover all the concepts they need to learn, or to observe all of the phenomena they need to encounter, solely through their own laboratory investigations. And even though the main purpose of student investigations is to help students learn how science works, it is important to back up such experience with selected readings. This level is a good time to introduce stories (true and fictional) of scientists making discoveries-not just world-famous scientists, but scientists of very different backgrounds, ages, cultures, places, and times.

If using animals to collect data could cross over with social studies in biome areas.

[1] Schauble, L. (1990). Belief revision in children: The role of prior knowledge and strategies for generating evidence. Journal of Experimental Child Psychology, 49, 31-57.

The following classroom setting could take place at the beginning of a unit dealing     with how science works. It specifically has students seeing how observations can be interpreted in a unique manner.

Mr. Q stands at the front of the classroom and flips off the light. "What just happened?" he asks. "You turned out the light. You cut the power. The lights aren't getting electricity, so they don't work", were some of the responses. He pulls out a flashlight, clicks the button and points it around the room. Grabbing a match, striking it against the cover, Mr. Q lights a candle. "Dark suckers, suck dark. These are just a few of the dark suckers we use on a daily basis, without giving them a second thought. This is a primitive dark sucker.

Notice the color of the wick, when I extinguish the dark sucker."

"It is black because it is burned!" replies Danita.

"No, it is black because of the dark it has sucked in." counters Mr. Q.

The students are starting to get a little agitated, as Mr. Q continues his dialogue.

"The wick was white to begin and now it is black because it has pulled in dark. If I hold a pencil next to the operating dark sucker, what happens to the pencil?"

Sue answers, "It will turn black."

"Because of soot, I think." Sue replied, engaged in the observation and explanation.

"Nope, because it got in the way of the dark getting sucked into the wick."

A collective groan comes over the room and now students are furiously raising their hands trying to bring out point after point to disprove Mr. Q.

"Power plants produce electricity that travels in wires! The lights give off light that is why we have shadows! Light bulbs don't quit working because they are full of dark, they just wear out! The switch is not a valve that controls the flow of dark to the power plants, and they don't release it over and over again!" Oh, the blood is roiling the room and the students are standing. Challenging every point that Mr. Q makes.

Calmly he addresses every question and points out how the dark works. "That's right, dark has mass. You've all been swimming in the lake. Go deep and what is the status of the dark....lots of it. Dark has mass and so it sinks."

"NO, NO, NO!" come the pitched voices of the crowd.

Mr. Q finally pulls the students back to manageable din. He addresses the students and gets them to the point of the activity. He provided them with observations, that he  interpreted. His interpretations, however crazy, were just that.

Was the wick black? Did the dark go away when he flipped the switch? Do light bulbs stop working?

The observations can lead to questions. Questions can lead to investigations and new data. New inferences are made as the data is collected, analyzed and discussed. Science is a way of learning about how things work based on collecting good information, logical reasoning, and keeping an open mind.

Cartesian Diver from the Exploratorium Museum.

Cameras/flip videos/microscopes  all can be interfaced with computers to store images to be transferred for  use in power point presentations, or to store images for use with other sections. Collect and store data for observational or experimental studies.

Journey North is a free, internet-based program that explores the interrelated aspects of seasonal change. Through interrelated investigations, students discover that sunlight drives all living systems and they learn about the dynamic ecosystem that surrounds and connects them.

Hardware cameras that connect to microscopes- used in labs, observational studies. If you have cameras that fit onto a microscope, a whole new world comes alive to students.

Graphs, mean and range, need to be covered before this is taught.

How will you judge a source of information? Given some of the activities listed above, how do you perform skeptical review?

How does bias and previous perception/ideas influence interpretation of data or experimental design?

In an experiment's conclusion, how have students included how their bias may have influenced their data analysis and interpretation.

Teachers: Questions could be used as self-reflection or in professional development sessions.

Are students biases caused by prior teaching methods of earlier grade levels? How might these biases be addressed?

Have you conferred with math teachers regarding their insights into teaching students graphing skills?

Could models be used to help determine bias? In what way?

Students collecting data and determining if there is a bias

See the vignette above and look at how basic observations can lead to misleading conclusions. Students need to have lots of opportunities to look at real time data from current issues that occur daily, weekly. An administrator should see students analyzing events in real time, and see students studying science and society in that interface.

It is misguided to focus on the mastery of basic skills before asking students to achieve higher-order skills.  Instruction in basic skills must be seen as part of the larger task of learning to think well.

Instruction in basic skills must be done in concert with the larger task of learning higher-order skills.

There is a tendency to place ELL students in low ability classes rather than consider their actual abilities.

ELL students learn most proficiently when they are taught English across the curriculum.  It is especially productive to integrate science and English teaching.  Hands-on science learning promotes language connections

Students must be encouraged to write as much as possible, both in their home language and in English.  It is difficult to move to higher and higher levels of abstraction without the support of language connections.

The same type of teaching and learning experiences do not work equally effectively for all cultural groups.

Accelerating the instruction of able students promotes their intellectual development.  It is not harmful and does not harm their social or emotional development.

Gifted students need many opportunities and time for reflection to make sense of their experiences to fully master scientific inquiry.

Science education should include the use of culturally relevant content.  (Ferguson, Robert. "If Multicultural Science Education Standards' Existed, What Would They Look Like?."Journal of Science Teacher Education. 19.6 (2008): 547-564. Print.) The above author have proposed several ways to integrate culturally relevant content into the curriculum.  The value of using such approaches is that they can improve the conversation about beliefs in science and hone beliefs about science for all students.

Science instruction should not be isolated from the rest of the students' lives.  The contextualization of tasks can make a difference in performance.  Many science experiences are those of a special world, confusing, often couterintuitive and counter to daily experiences.  When students can participate in and observe science in the ordinary world in which they live, they are more likely to learn as well as come to appreciate science as a way of knowing.  When this can be embedded in a cultural context the possibilities for new understanding and connections become even stronger.